This little elm started life as one of thousands imported to the UK from China.  Most of these little trees will end up on the shelves of Garden Centres or Supermarkets, and subsequently dying on some mantelshelf or windowsill.

This one caught my eye, so I bought it.  That was last year in March or April.  It was trimmed radically and the remaining branches wired.  Just one year later it has turned out a nice little tree.


As bought -Spring 2011 pruned and wired 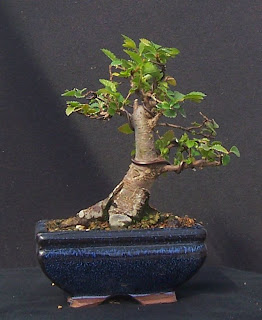 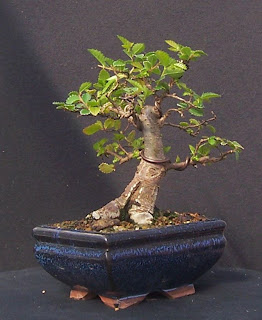 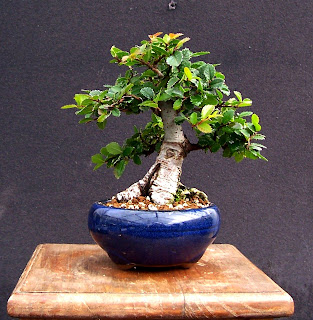 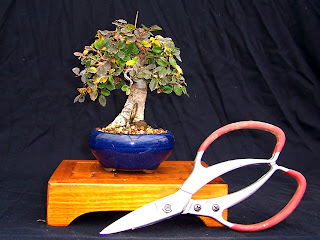